The Greenwich Village residence with a private elevator features panoramic views of lower Manhattan and the Hudson River.

The show is over for Jon Bon Jovi’s Greenwich Village apartment. The rocker is putting the four-bedroom condominium on the market for $22 million, according to people familiar with the listing.

Located at the Greenwich Lane condo development, the corner unit spans about 4,000 square feet with panoramic views of lower Manhattan and the Hudson River, according to the listing from Leonard Steinberg of Compass. 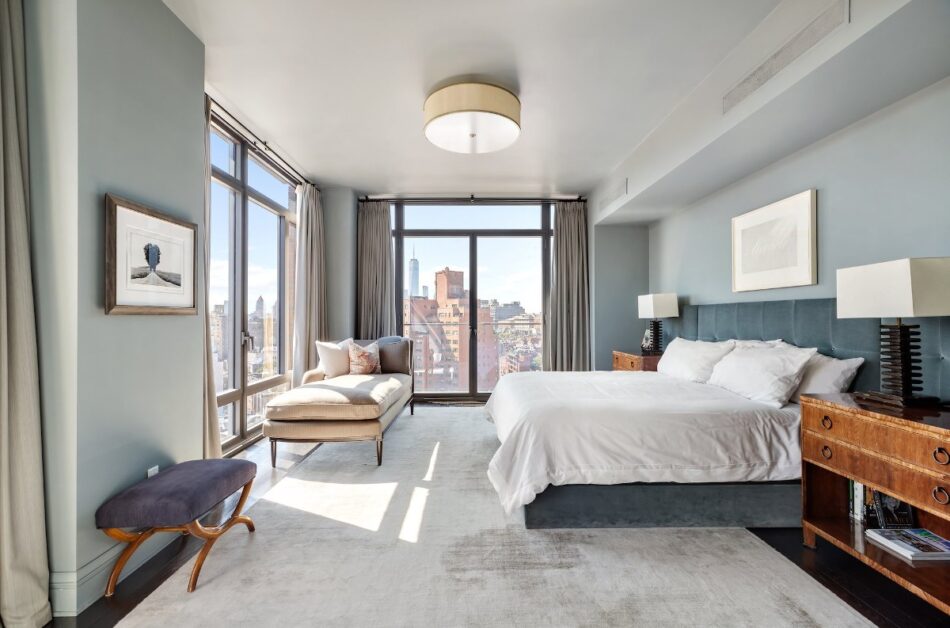 The corner unit has floor-to-ceiling windows with panoramic views of lower Manhattan and the Hudson River.

The “Livin’ on a Prayer” rocker, 59, purchased the unit for $18.94 million in 2017, records show. An elevator opens directly into the apartment, which has east, south and west exposures and a 40-foot-long living room with Juliet balconies, according to the listing. There are floor-to-ceiling windows and a private terrace.

Mr. Bon Jovi declined to comment through a spokeswoman. The New Jersey native also has homes in the Garden State, the Hamptons and Palm Beach.

His 15-acre estate in Monmouth County, N.J., was listed for $20 million in 2020 but is no longer on the market, according to Zillow. In New York City, Mr. Bon Jovi sold a three-bedroom apartment in the West Village for around $15 million in 2018, records show.

The Bon Jovi 2022 Tour will kick off this spring with shows across the country.